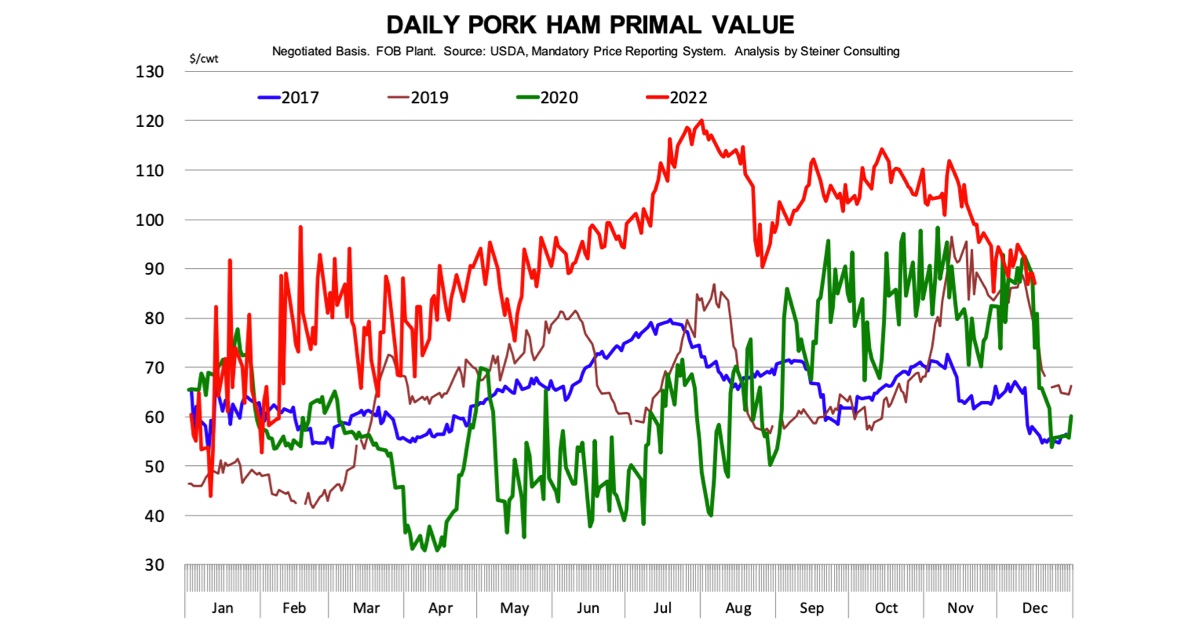 Slaughter is at annual highs, while retail demand for fresh pork has yet to kick in. Ham prices have eased as Christmas orders have been filled.

What This Means for Retailers and Processors

For retailers, the ham market has been very difficult to navigate the last six months. We think the supply situation is unlikely to fundamentally change in Q1. In the near-term, ham prices will probably decline as they usually do in the second half of December. Because the Christmas and New Year holidays this year are over the weekend there will be lower slaughter the following week. The ham primal value on Friday was at $86/cwt. That is the lowest price since mid-November and comparable to prices earlier in the spring. We could see prices break by $80 in the next two weeks.

Processors will run reduced production in the near term due to the holiday. They will be back in full force in January. With limited ham inventory, the pressure will be on them to ramp up production and be better prepared for Easter (April 3, 2023) than they were for Thanksgiving and Christmas.

The slowdown in demand is resulting in more ham boning and thus more pork trim available. The price of 72CL pork trim briefly dropped under $80/cwt before rebounding. Ham prices will continue to hover in the $90/cwt area through Jan/Feb. Hog slaughter will continue to decline at about 100k head per week from current levels. We also think that Mexican buyers are aware of the seasonal effects and are waiting in the wings to get needs covered. That is why exports to Mexico are lower.