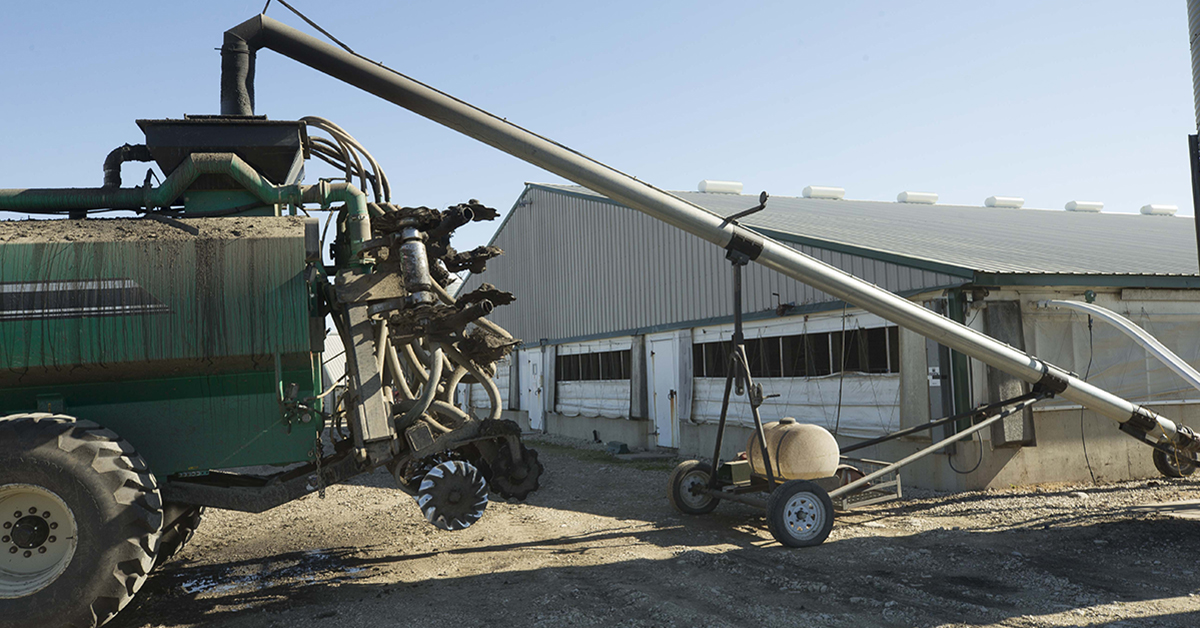 The swine industry is battling a tough strain of porcine reproductive and respiratory syndrome (PRRS) virus – PRRS 1-4-4 Lineage 1C. It is an unusual strain because infections peak in spring/summer, as well as fall/winter months, compared to other strains that typically only peak in fall/winter months. However, pork producers have the prevention tools to combat the pathogen and prevent spread, including biosecurity and research.

PRRS is a disease characterized by two overlapping clinical presentations: reproductive impairment or failure and respiratory disease in pigs of any age. PRRS is a worldwide concern, including in the U.S. The virus spreads by nasal secretions, saliva, feces and urine, and it can be airborne for up to two miles.

“Don’t give up, don’t take short cuts. Use all the tools we have in the toolbox. But don’t go into this PRRS season thinking you’re going to get beat. This is another strain of PRRS, we know what to do. Keep the faith and follow the rules.”

How is this strain different? Behavior of PRRS 1-4-4 Lineage 1C

The MSHMP, founded in 2011 at the University of Minnesota, is designed to take real production data and analyze it to get a better understanding of current disease threats from PRRS and other illnesses. Its work is funded through Swine Health Information Center, an ongoing global swine disease monitoring initiative underwritten by the Pork Checkoff.

MSHMP conducted a project that collected data from 284 farms to discover transmission routes of PRRS 1-4-4 Lineage C, and the results were inconclusive.

Dr. Cesar Corzo says there were simultaneous outbreaks in different areas — and at varying times. He also says PRRS epidemics generally begin at the same time in the fall.  However, this variant is different with an additional spring/summer 2021 transmission.

While locations or state information were not available for 14% of cases researched by the project, the PRRS 1-4-4 Lineage 1C variant has been detected in Minnesota, Iowa, Illinois, South Dakota and Wisconsin. Of those documented locations, 81% were in Minnesota and Iowa.

PRRS 1-4-4 Lineage 1C does not discriminate, it hit breeding and growing herds, along with filtered farms and even highly biosecure multiplier sites. It has hit vaccinated and non-vaccinated herds.

Despite the differences, MSHMP research says the strain is controllable with consistent and strict biosecurity efforts.

Tools Available to Respond to PRRS

Biosecurity protocols are crucial to limit the spread of PRRS 1-4-4. Dr. Lisa Benton, director of animal health at the National Pork Board, shared some biosecurity examples to implement to help prevent contamination and spread:

6 Important Biosecurity Steps to Prevent the Spread of PRRS

2. Ensure heaters, fans, curtains are all in working condition.

3. Manage manure handling practices and be aware of where manure is applied and if people (contractors or animal handlers) are crossing that ground.

4. Manage a strict line of separation inside and outside the farm. Disease transmission could occur through personnel/equipment movements.

5. Establish protocols for downtime/tracking of people and equipment.

6. Clean and disinfect equipment including hoses, reels, tractors, vehicles or ATV’s — anything used on the farm.

Research Proves that Biosecurity is Effective

Pipestone collaborated with Boehringer Ingelheim Animal Health USA Inc. to do research trials based upon observations they were hearing in the field. Researchers investigated concerns regarding the 1-4-4 strain, vaccine efficacy and the effectiveness of biosecurity protocols.

“There was a defeatist attitude in the industry, and that’s not normal for producers and swine veterinarians, it’s actually quite the opposite. So, we needed action. We designed a study between July and September within four rooms of a research barn. We set up our research questions based on field observations,” says Dr. Scott Dee, director of research, Pipestone Applied Research.

The research indicates that PRRSV 174 was more pathogenic than PRRSV 1-4-4. It also shows that modified live vaccines were effective against PRRSV 1-4-4 and that biosecurity protocols work. While aerosols and feed are risk factors for PRRSV 1-4-4 spread, filtration and feed mitigation reduce that risk.

External links to content developed by third parties do not necessarily represent the views of the National Pork Board.