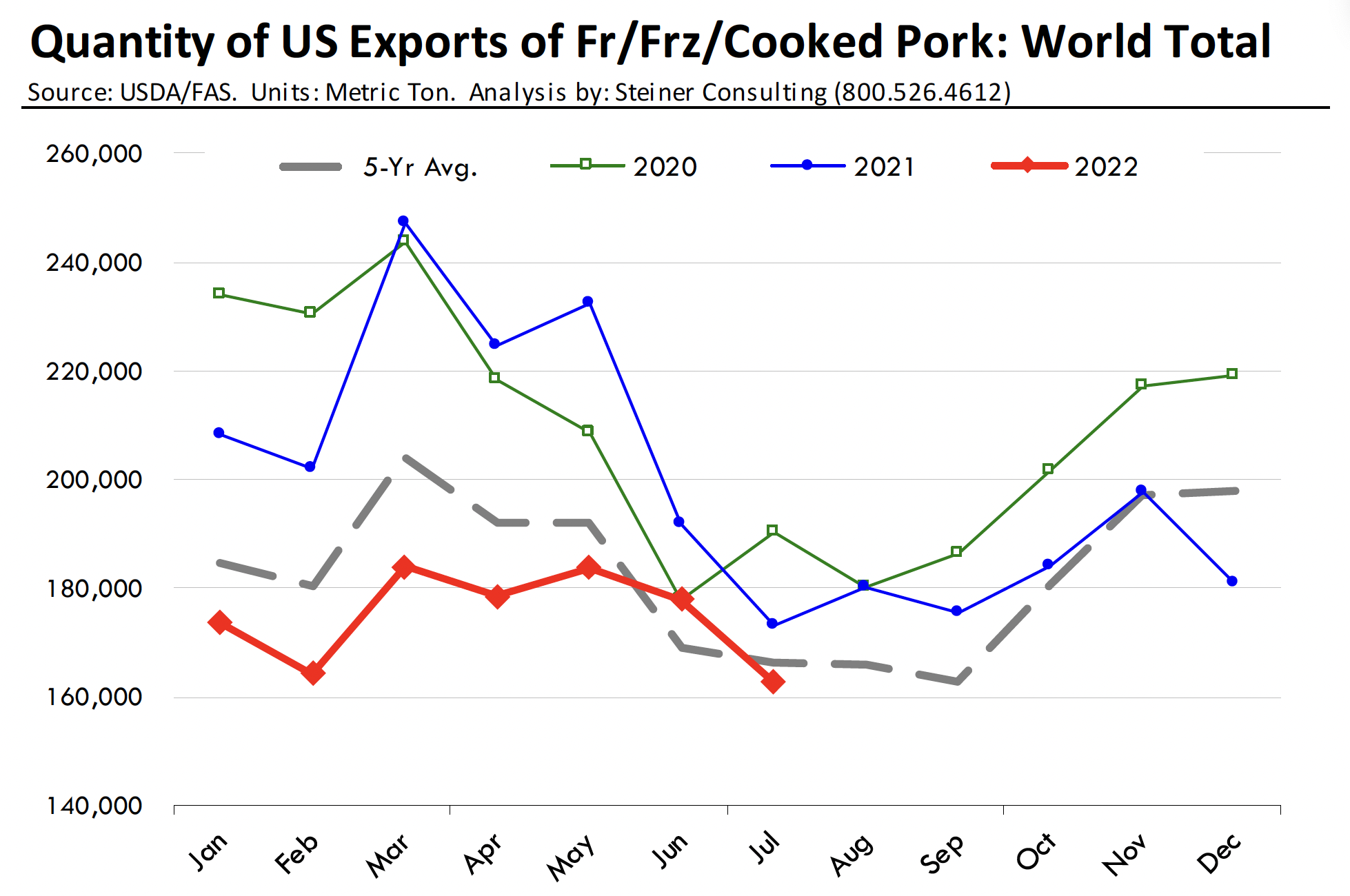 In August, the USDA was projecting US pork exports for the year to be 6.4% lower than the previous year. Even if pork exports for Aug-Dec increase 5% from the year ago, total exports would still be down 9% compared to last year. Lower pork prices will be needed to move more product into export markets, especially considering the impact of a stronger dollar. Exports to Mexico remain key. The volume of exports to Mexico in July was near 61,000 MT, 6.3% higher than a year ago while the value of exports to this market was $153.2 million, 19% higher than a year ago. Through July export volume to Mexico was 21% higher than in 2021 and accounted for 39% of all shipments. That demand will need to be sustained in the fall as slaughter numbers seasonally increase.

An annual report from the USDA attaché in Beijing sounded a pessimistic tone about the potential for more pork sales to China in 2023. The report noted that a slowdown in the Chinese economy (less demand) and a recovery in the Chinese hog breeding herd (more supply) will result in fewer pork imports in the Chinese market next year. US pork producers have been hoping for a recovery in Chinese pork demand in the next 12 months following the collapse in sales in 2022. In the first half of 2021, US pork shipments to China were over 50,000 MT per month. In 2020, sales were as high as 80,000 MT. This year, however, monthly sales have averaged around 14,000 MT/month with few prospects of recovery in the second half of the year.

The decline in Chinese pork imports during 2022 has been broad-based. Imports from the EU, the top pork supplier to China, were 58,014 MT in July, down 70% from a year ago. From Germany and Italy, imports are non-existent as the country has been banned due to the discovery of ASF-infected wild boars. Imports from Spain, Denmark and other EU countries were down as well. Next year US producers will continue to compete with European suppliers in the Chinese market. They are already at a disadvantage due to higher tariffs for US pork in China and the strong US dollar. Indeed, it is a surprise that China has imported any pork from the US this year.