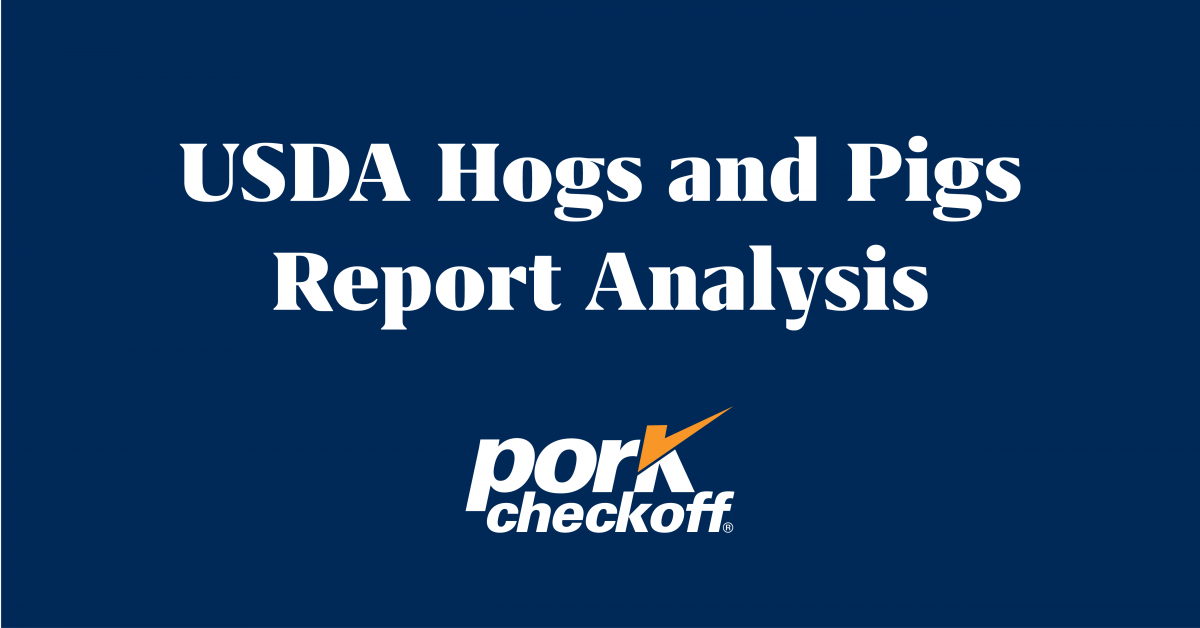 USDA released a Quarterly Hogs and Pigs Report on Dec. 23. This report shows U.S. inventory of all hogs and pigs as of Dec. 1.

The National Pork Board hosted a webinar for pork producers following the report release and invited analysts to share insights about the report.

Pork Checkoff funds are used to host this webinar to help pork producers understand the publicly available information. The goal is to add value to the pork industry and ultimately to consumers by providing a better understanding of the economics of pork production.

Dr. Steve Meyer provided an overview of the pre-report estimates by Partners for Production Agriculture analysts.

Bob Brown covered the data revisions that the USDA released as part of this Hogs and Pigs report.

Dr. Ron Plain, professor emeritus in agricultural and applied economics at the University of Missouri, shared a comparison of his own estimates to the report results.

“This was a positive pig report by my estimation. One of the reasons is market hog inventory was not only lower than a year ago, but it was also lower than expectations.”

David Miller, chief economist at Decision Innovation Solutions, discussed different states’ breeding herds and how they were affected by growth or decline in numbers this year.

“You’ve got the biggest states with the breeding herd, Iowa and North Carolina, having two consecutive years of decline. But Indiana, Illinois, Minnesota and Nebraska are all showing increases.”